Villa Park is a football stadium in Aston, Birmingham, England, with a seating capacity of 42,682. It has been the home of Aston Villa Football Club since 1897. Villa Park has hosted 55 FA Cup semi-finals, more than any other stadium.

The stadium has gone through various stages of renovation and development, resulting in the current stand configuration of the Holte End, Trinity Road Stand, North Stand and Doug Ellis Stand. The club has initial planning permission to redevelop the North Stand, which will increase the capacity of Villa Park from 42,682 to about 50,000. 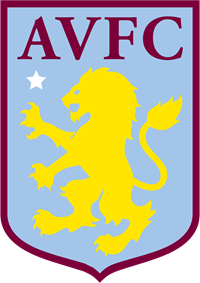 Villa Park has an enormous amount of history and has been home to the club since 1897. It's hosted 55 FA Cup semifinals, more than any other ground. There is a proposal at present to increase capacity from 42,000 up to 50,000.

This would involve filling in the corners of the North stand. Interestingly, the plan was based around England's bid to host the World Cup. So, it'll be interesting to see if plans are shelved as is now expected.

Away fans are allocated both the upper and lower tiers at one end of the Doug Ellis stand. There is a good selection of food available including pies, burgers, hot dogs, chicken, fish and chips and even now a selection of halal food. Views are very good from all areas.

Formerly known as the Cap ‘n’ Gown, The Witton Arms is a dedicated away friendly pub within walking distance of the away turnstiles. Whilst traditionally it was known to segregate both sets of fans, it is now considered an away pub only.

Park at an entertainment complex called Star City. It is just off Junction 6 of the M6, going towards Villa Park. Huge free car park, plus plenty of food and drink outlets. It is then about a mile and a half walk to the ground.

Street parking is available in streets around Aston Railway Station (which you will pass if you continue along Lichfield Road towards the City Centre). Alternatively, free parking is available, but around 1.5 miles away (or a 30-minute walk) at the Star City leisure complex which is also well signposted, on leaving the M6.